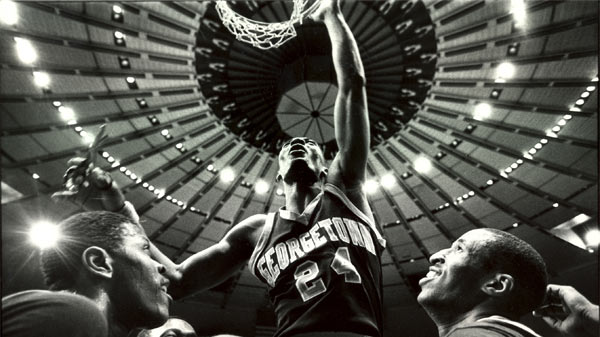 In the fall of 1906, Georgetown hired a highly-regarded instructor and innovator in the young sport of basketball, Maurice Joyce, with the hopes of fielding an intercollegiate team that year. In February of 1907, his team, the Hilltoppers won their first-ever intercollegiate contest, 22-11, against the University of Virginia. Over 1,400 victories and 100 years later, Georgetown celebrated this rich athletic tradition in the midst of a basketball season that ranks among the all-time greatest in University history.

Georgetown's commitment to educate the whole person and to prepare its players for a lifetime of opportunities and leadership has been a hallmark of the Hoya basketball program for the past 100 years. The University celebrates this centennial season of Georgetown Basketball principally to recognize the past century of dedication to the development of these student-athletes as men and citizens.