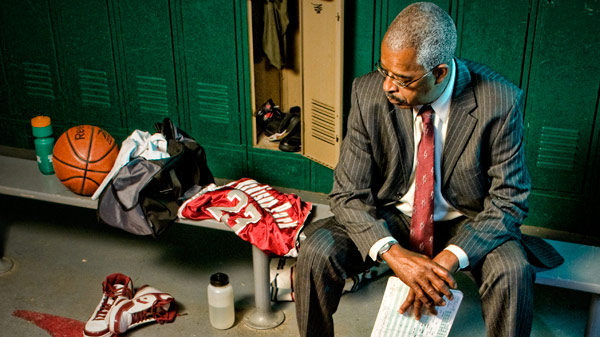 + Queue facebook tweet
1:46:29
At Madison Park Vocational School in Roxbury, Massachusetts, a dysfunctional-but-talented hoops team tries to hold itself together in the face of a deteriorating public school system and the turbulence of inner-city Boston life. Graced with a handful of sharp shooters and savvy ball handlers, the team also struggles with rival gangs, a chilling murder rate and destructive family dynamics. At the center of this kettle of hope and chaos is Coach Dennis Wilson. A former semi-professional player, philosophizing history teacher and motor-mouthing disciplinarian, Coach Wilson chants, harasses and cajoles his charges onto the court, asking them: Whose house is this? Whose game is this? What kinda pride you got? Closing in on the end of the season, the team has a shot at an undefeated record and a state championship for the first time in history. As they head into their final regular season games and tournament showdowns, Madison Park Pride will be sorely tested.