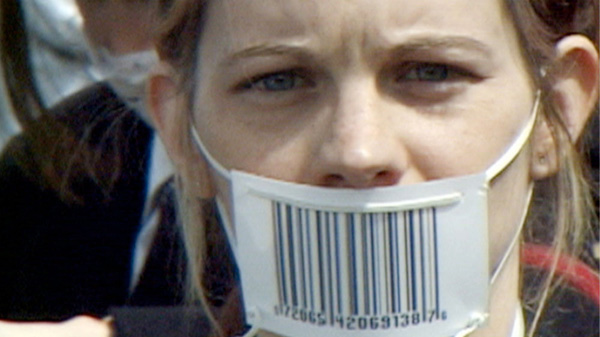 + Queue Comments facebook tweet
Categories: Documentary, Arts and Culture, History, Festivals, Politics
2:22:00 | 2004
One hundred and fifty years ago, the corporation was a relatively insignificant entity. Today, it is a vivid, dramatic and pervasive presence in all our lives. It is the dominant institution of our time. A complex, sobering, yet darkly amusing documentary, THE CORPORATION takes its audience on a graphic and engaging quest to reveal the corporation's inner workings, curious history, controversial impacts and possible futures. Mark Achbar, co-director of the influential and inventive MANUFACTURING CONSENT: NOAM CHOMSKY AND THE MEDIA, teams up with co-director Jennifer Abbott and writer Joel Bakan to examine the far-reaching repercussions of the corporation's ascent. Based on Bakan's best-selling book, "The Corporation: The Pathological Pursuit of Profit and Power", the film has achieved international critical and box office success. Winner of 10 audience awards, including Sundance, and 26 awards in total from prestigious festivals around the world, it stands as the top-grossing Canadian feature documentary of all time. THE CORPORATION includes encounters and interviews with CEOs and top-level executives from a range of industries: energy, pharmaceutical, computer, tire, carpet, sporting goods, public relations, branding, news, advertising, and undercover marketing, as well as the first management guru, the first corporate-sponsored university students, a Nobel-prize winning economist, a corporate spy, and a range of academics, critics, historians and thinkers.

THE CORPORATION reveals that legally, a corporation is granted the status of a "person", and asks: "If that's the case, what kind of person is it?" To assess the "personality" of the corporate "person," a checklist is employed, using diagnostic criteria of the World Health Organization and the DSM IV, the standard diagnostic tool of psychiatrists and psychologists. It turns out the operational principles of the corporation give it a highly anti-social "personality": it is self-interested, inherently amoral, callous and deceitful; it breaches social and legal standards to get its way; it does not suffer from guilt, yet it can mimic the human qualities of empathy, caring and altruism. A disturbing diagnosis is delivered: the institutional embodiment of laissez-faire capitalism meets the diagnostic criteria of a psychopath. THE CORPORATION depicts numerous, inspiring, corporate harm reduction strategies employed by individuals and organizations working to regulate, re-write and reform this formidable societal force.