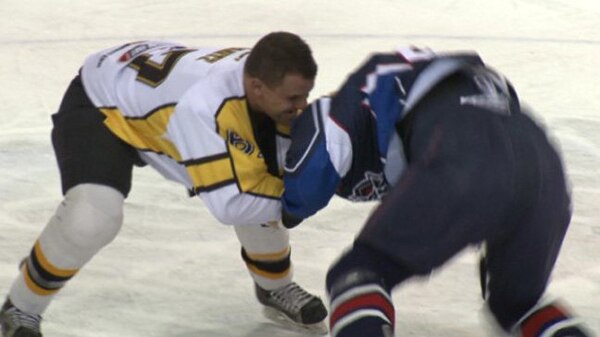 + Queue facebook tweet
1:27:22
Academy Award-winning filmmaker Alex Gibney takes an unprecedented look at the National Hockey League's most feared enforcers, and explores the career of Chris "Knuckles" Nilan. The role of a "goon" is simple: protect your teammates no matter the cost. For Nilan this meant a shattered body, drug addiction and harming the people closest to him. In the process he also won the love of hockey's most holy city—Montréal—and helped that team win the Stanley Cup. Through interviews with hockey's toughest guys, the film explores what it means to enforce the unspoken code of the NHL.